These photos were shot in a Budapest, in a housing community built the 50s. To me the most interesting was, that these benches function as exteriors for the people who live there, which they shape according to their sources and needs. Last year I had a project about balconies,Where i examined how they situated between the public and private space. In a way balconies and these benches are similar, in a sense, that hey function as in between spaces. The benches stand in front of the entrances and they create a semi-closed area. In the second part of the project I created variations, which played around the possibility of openness and creation of a community. Could different arrangements of benches generate different vibes and dialogs? 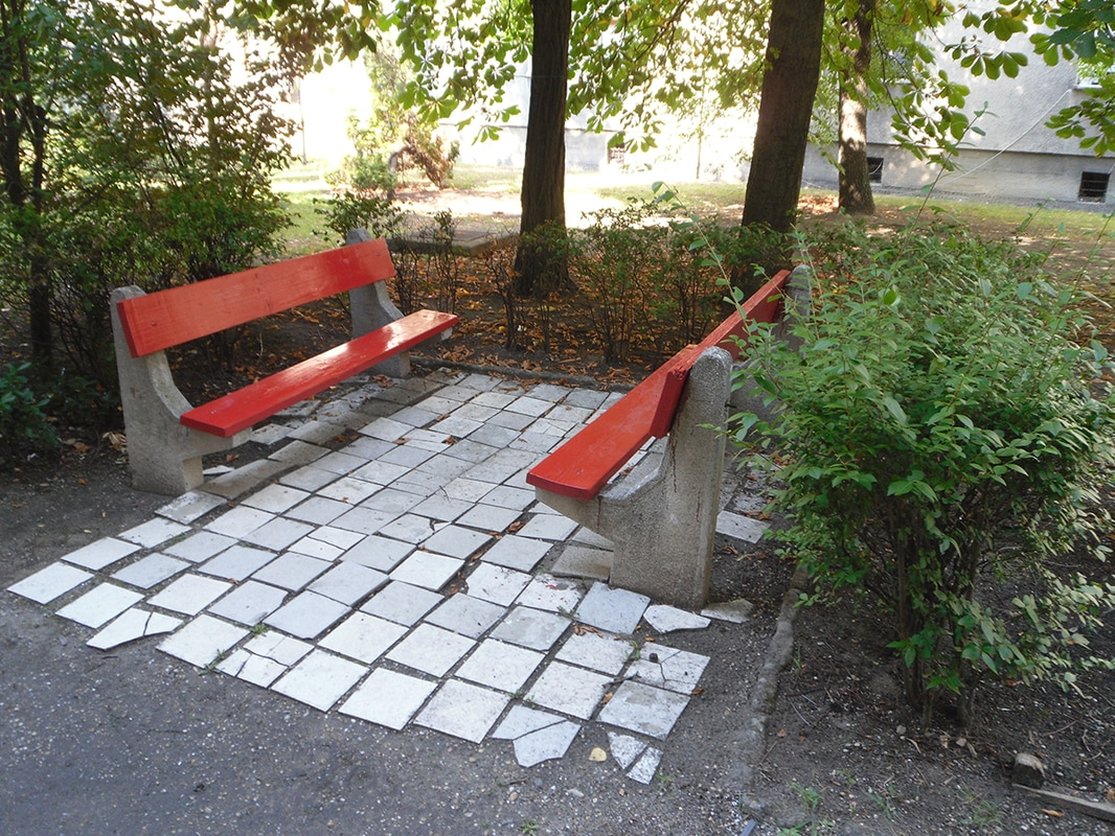 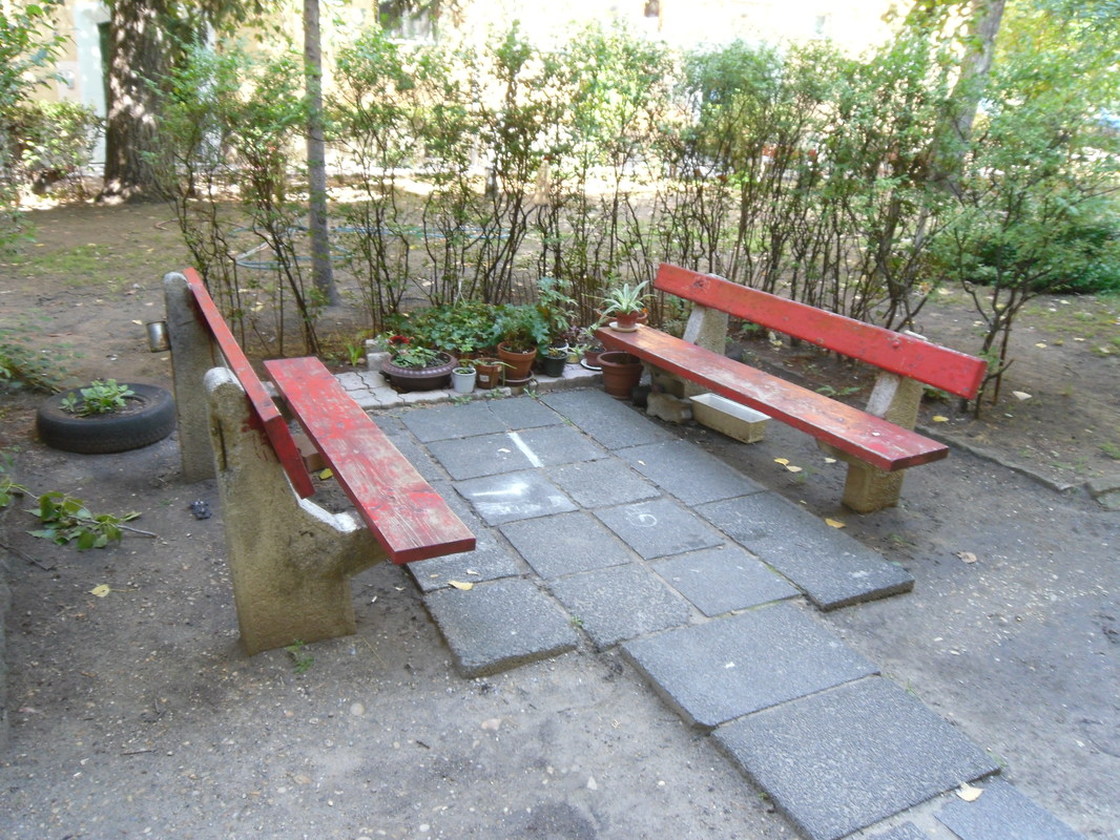 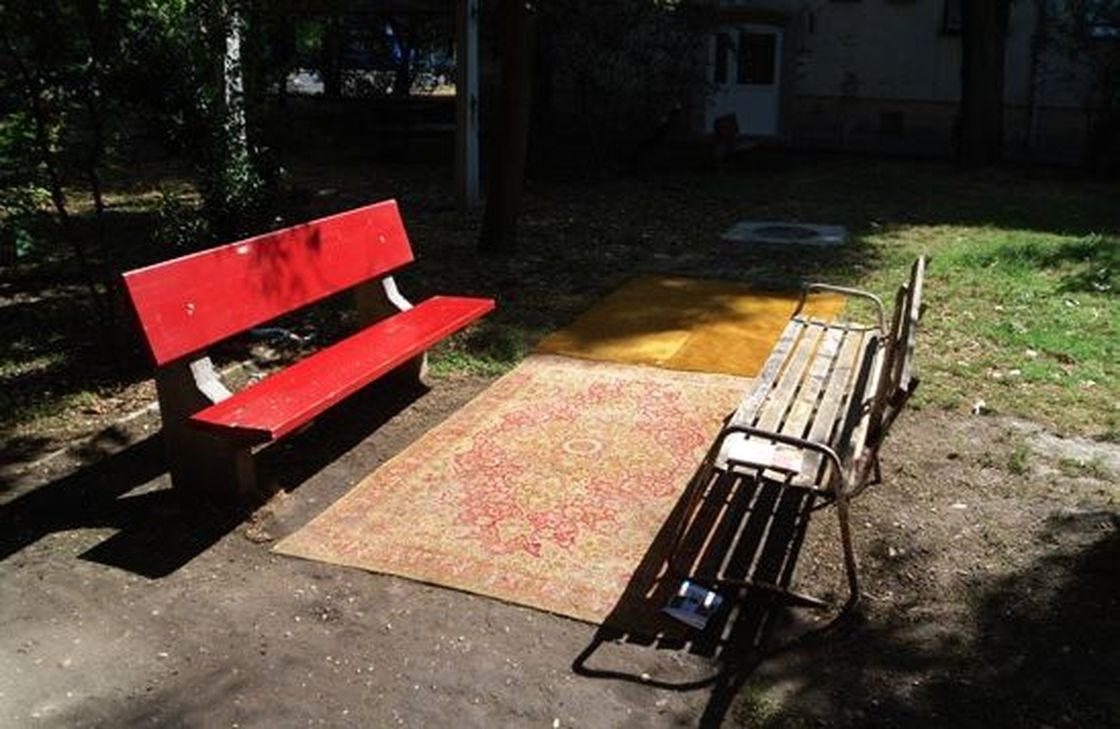