​
In this project cycle the focus of the research practice is concentrated on the affects and dynamics of gentrification processes of the area of Kreuzberg, where our storefront atelier was located during the period of the research.
In our projects, our interest was twofold. We directly participated in the neighbourhood protest groups, hosting events and working together on posters, stickers and another graphic tools. We used our storefront window as an installation site, where the focus was not on the direct action, but on ambiguities, subjectivities and contradictions the neighbourhood is going through.
We also developed projects, which were more concentrated on observation, and our own role as a hybrid, outsider practice. 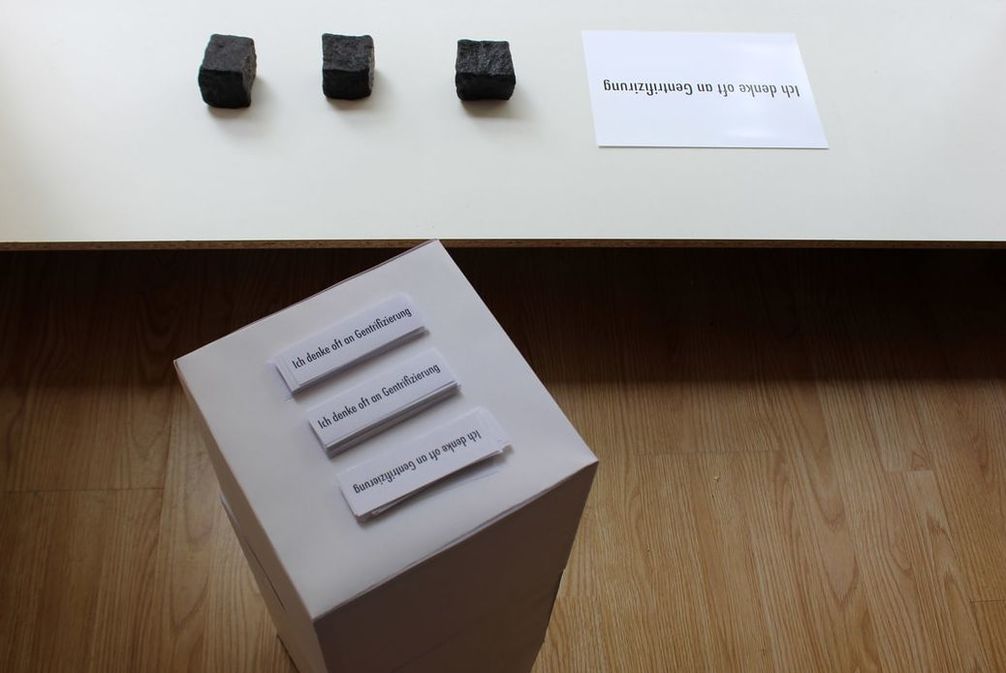 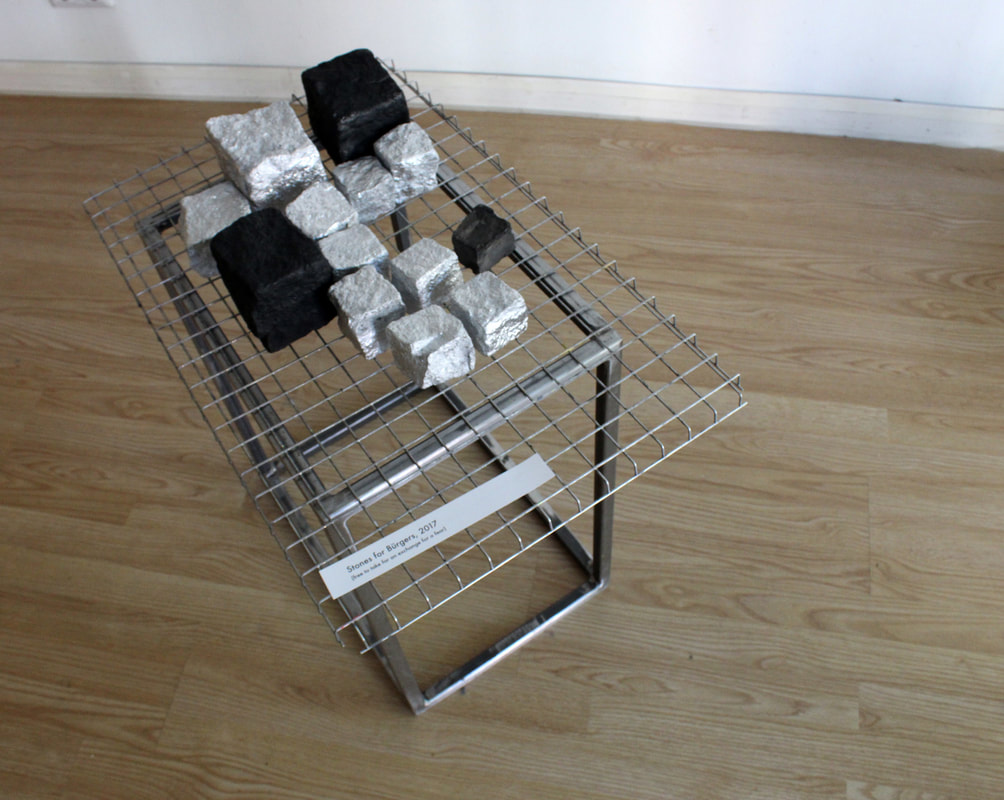 Stones for citizens  2017
​                 The objects could be exchanged for a fear, which was an insite realisation of the ongoing 'Collecting Fears' project 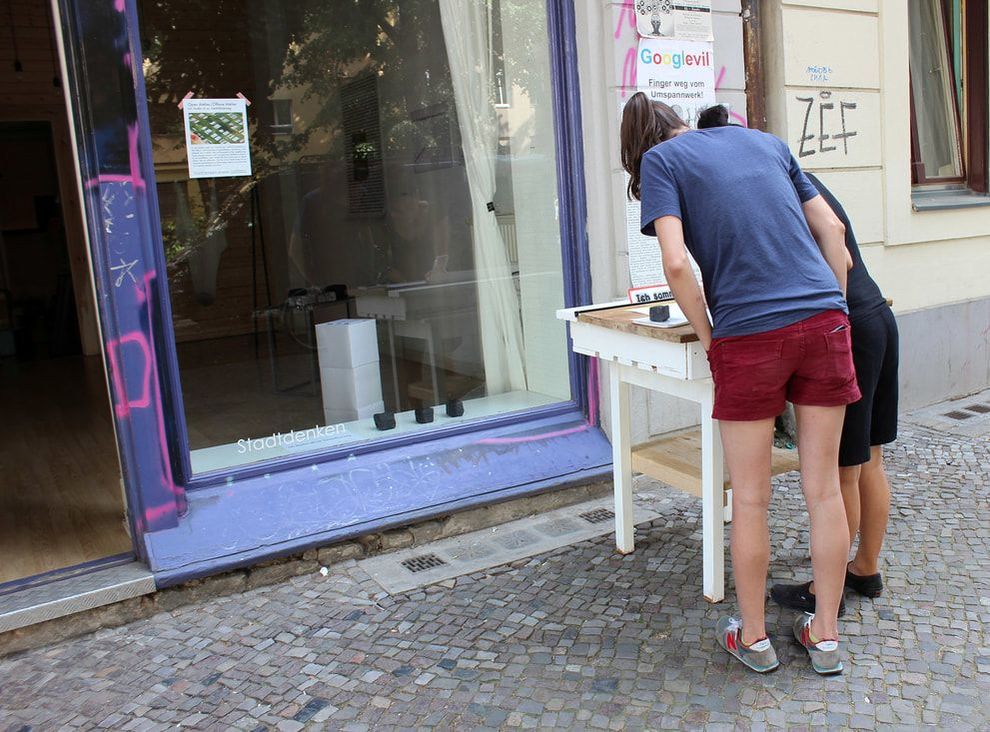 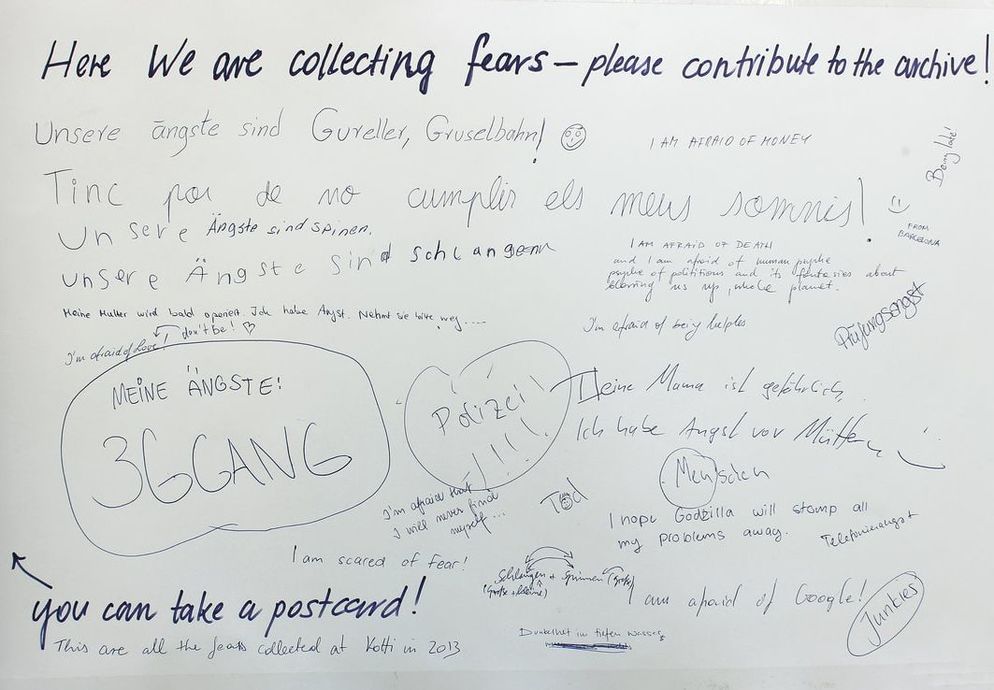